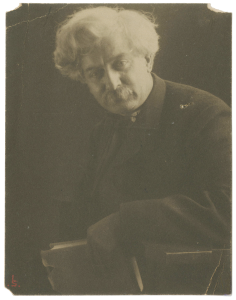 Walt Whitman’s legacy lives on today through several organizations, publications and admirers throughout the world. The Walt Whitman Association traces its roots to the Walt Whitman Fellowship, founded in 1894 by Whitman’s close friend and associate Horace Traubel (1858-1919). The Fellowship, and today The Walt Whitman Association, adheres to the founding principles of promoting the lifework of the great poet while also preserving his legacy. Ongoing research, scholarship, and even the writing of new poems are all spokes of the living legacy of Walt Whitman. Here we invite you to connect to these resources and become part of a larger community dedicated to exploring the life of this influential American documentarian and artist.

Much of the scholarly momentum today is built upon the herculean work undertaken by Horace Traubel to capture the essence of Whitman through the minutiae of his everyday life in his final years. Nearly every day, beginning in 1888 and continuing for the next four years until the poet’s death in 1892, Traubel visited Whitman at his home on Mickle Street in Camden. During this time, he took notes of conversations he had with the poet. With the help of his wife Anne and later his daughter Gertrude, Horace compiled and published these notes into a comprehensive study of the author entitled, With Walt Whitman in Camden. In his lifetime he was successful with the publication of three volumes of the work before his passing in 1919. Anne and Gertrude worked diligently at bringing out additional volumes before turning the work over to future scholars and editors. By the mid-1990s, all nine volumes of the work had been published. With the process having taken more than a century, With Walt Whitman in Camden stands alone as one of the most towering biographical works ever undertaken. Traubel’s work is significant for having laid down the foundation for Whitman scholarship. Its comprehensive in-depth content with topics ranging on Whitman’s thoughts of literature, history, politics and America’s future continue to be a major force in the field of Whitman and American Studies. On a practical level, it invites the reader to get to know the poet as his friends knew him.

The following links offer the reader a chance to explore resources of today’s most recent scholarship on America’s most influential poet:

With Walt Whitman in Camden