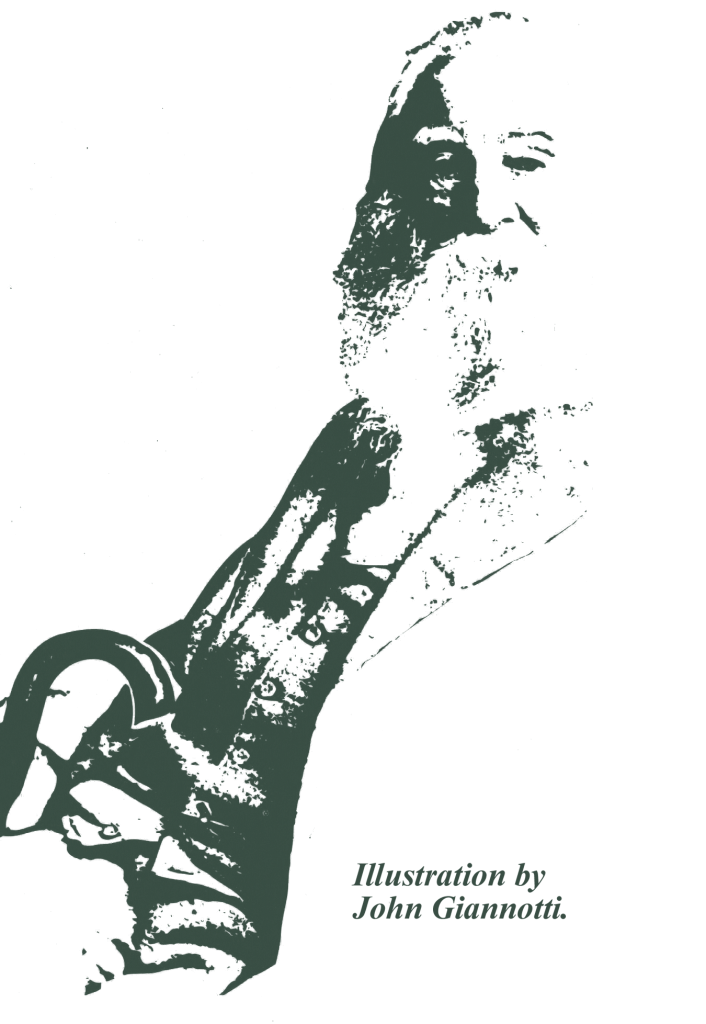 As the oldest “Walt Whitman” society in the world, the Walt Whitman Association is dedicated to preserving the memory of Walt Whitman in Camden and celebrating the life and works of America’s “Great Poet of Democracy.” Its mission is focused on fostering an appreciation for his life work, Leaves of Grass, and on interpreting his legacy through the preservation of his home in Camden, New Jersey.

The Association traces its roots to a circle of devoted admirers who early championed Whitman and his poetry. Late in Whitman’s life, directed by Whitman’s friend and biographer Horace Traubel, this small band gathered annually to celebrate the poet’s birthday. Only months after the poet’s death, the group gathered to celebrate his birthday, May 31, 1892. That night a proposal was made to form a fellowship that would ensure the preservation of the poet’s memory and the birthday gathering has remained a tradition ever since.

In 1894, Traubel formed the Walt Whitman Fellowship to promote Whitman’s literary traditions and to perpetuate the annual birthday celebration. The group prospered under Traubel’s direction forming membership branches in Philadelphia, New York, Boston, Chicago, Canada, and England. Traubel also published a journal, The Conservator, which explored issues both literary and political that had been near and dear to the poet’s heart with a healthy dose of writing about Whitman himself.

Traubel’s death in 1919 left a gap in leadership. The next year, however, the surviving members merged with Camden’s Citizen Committee under the direction of Mrs. J David (Juliet Lit) Stern. This new coalition later became known as the Walt Whitman Foundation. They maintained the traditional birthday celebration, but, most importantly, were successful in their efforts to acquire and preserve Whitman’s home as a literary shrine and memorial to the poet. The Foundation then undertook a quest to locate belongings of the poet, objects that were in the house during his lifetime, and stories of those still around who remembered him personally. In 1923, the house opened to the public and, once again, as in Whitman’s time, visitors from around the world could come to pay homage to the “Good Gray Poet.”

In 1947, the Foundation was successful in a new pursuit: having the State of New Jersey designate and administer the Walt Whitman House as a state historic site. The Foundation’s goals for long-term preservation were further realized in 1962 when Walt Whitman House, was designated a national historic landmark. The Foundation reincorporated in 1965, changing its name to the Walt Whitman Association. The annual birthday celebration has remained a hallmark, but the range of activities has grown to include the development of a research library, a continuing series of “Whitman” events, poetry readings and contests, and a partnership with Rutgers University through its – Camden Whitman Studies Program and on-line publication, The Mickle Street Review. The Walt Whitman Association’s journal Conversations highlights events, historical and literary aspects of the Whitman House and its famous resident.

Today the Walt Whitman Association thrives. It continues to spread understanding and appreciation for Walt Whitman, his writings and the era in which he lived. As was said at his funeral by his friend Thomas Harned: