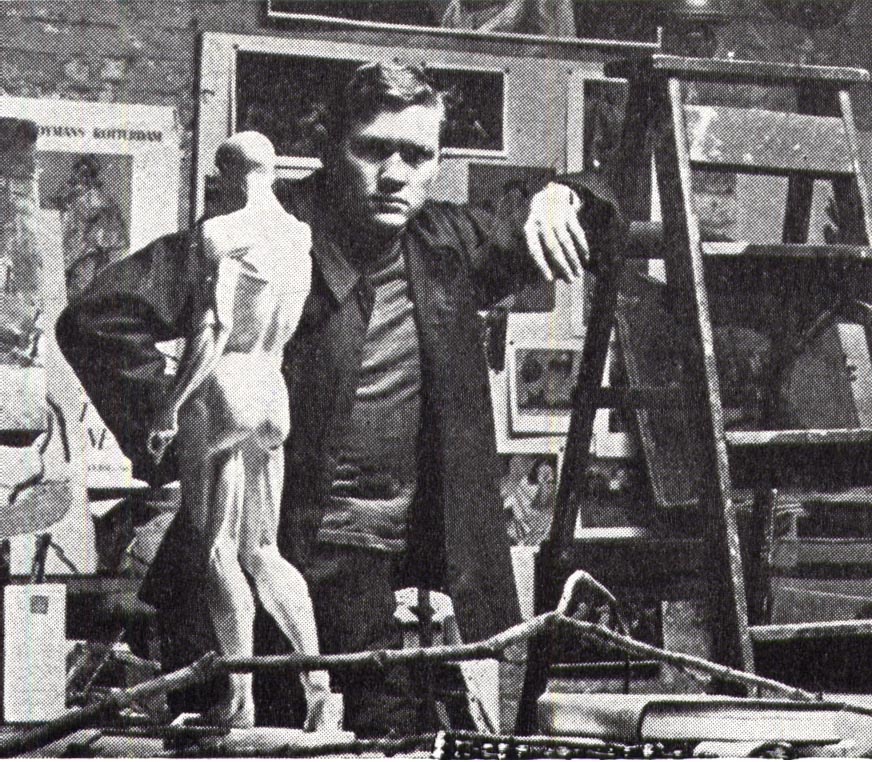 William Smith in his studio on Coeties Slip in Manhattan. c. 1951

Born in Toledo, Ohio in 1918, William Arthur Smith was an American illustrator whose work captured the lifestyle and historical ideals of the American people in the post-war cultural landscape. Smith created an innumerable amount of watercolors for a large array of media, including periodicals such as the Saturday Evening Post, Reader’s Digest and Cosmopolitan. He worked for a long period of time as a West Coast advertising artist, creating illustrations for companies such as Barrett Roofs, Conoco motor oil, and Coca Cola. His work won a number of awards, such as the Winslow Homer Memorial prize, American Patriot’s Meadow, and the Postal Commemorative Society Prize. One of the images he won an award for is the Whitman image, which was one of the paintings made for the John Hancock Insurance Company’s advertising campaign run for Mutual Life Insurance. The advertisement, entitled “A dream marched in a string of his words” won “Most read life insurance ad of 1951” by the Daniel Starch rating organization. It was praised for telling the story of Walt Whitman and for being a particularly memorable advertisement, resonating with readers and becoming synonymous with high-quality life insurance.