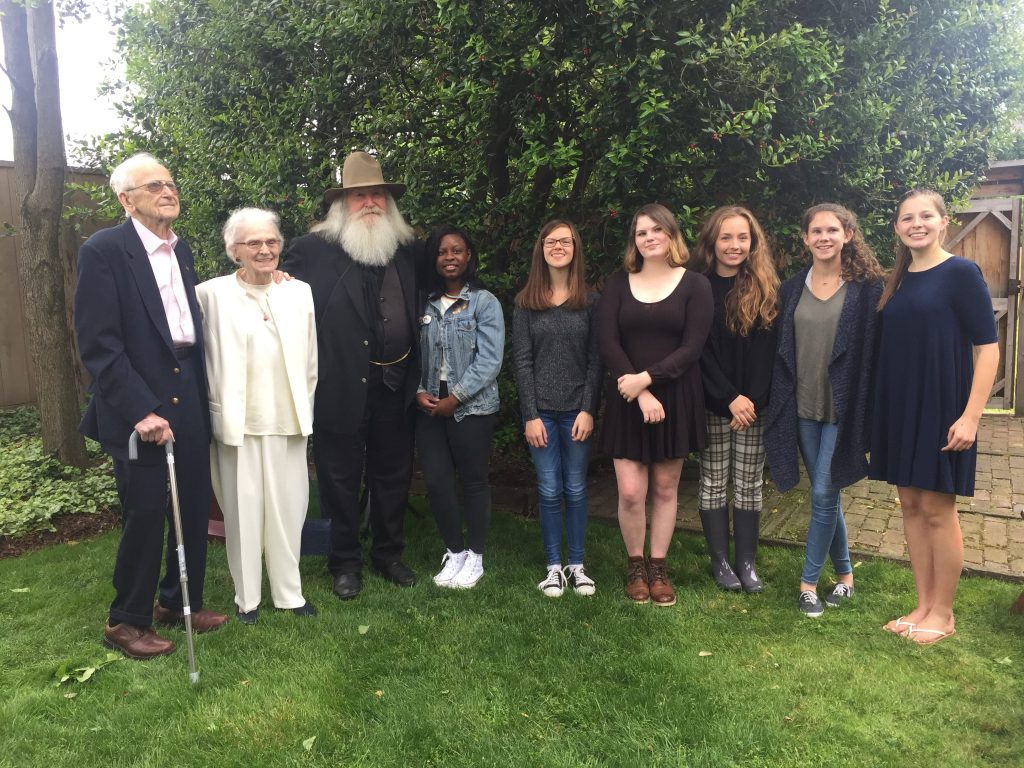 Walter along with his wife Gloria conceived of the Bernadette Stridick Award, the first place prize for the Annual High School Poetry Contest. The Bernadette Stridick Award was created in honor of Walter and Gloria’s daughter. Bernadette was the victim of a fatal drunk driving accident and passed away at the age of 25. She was the first place winner of the inaugural writing contest, and a lover of writing and poetry. For many years, the Stridicks have attended Walt Whitman’s Birthday Celebration to present the prize to the first place winner and to hear the winner and the finalists present their poems.

Walter, who was 90 years old at the time of his passing, led a very full life. He served in the Navy during World War II, and has been active as a war veteran ever since. He resided with his wife in Merchantville, where he worked as a grocer and butcher, but most of all he was a loving father. The Bernadette Stridick Award memorializes the love he had for his daughter, and will now carry his legacy alongside hers. The prize honors Bernadette’s love of poetry and connection to Walt Whitman, and also celebrates local writing talent. You can read the poem by 2017 winner LaRae Tillery here.

Walter was a staple of the Walt Whitman community in Camden and will be missed greatly. Our thoughts and prayers are with Gloria and their surviving sons and grandchildren.

More information on services and the Stridicks can be found here.