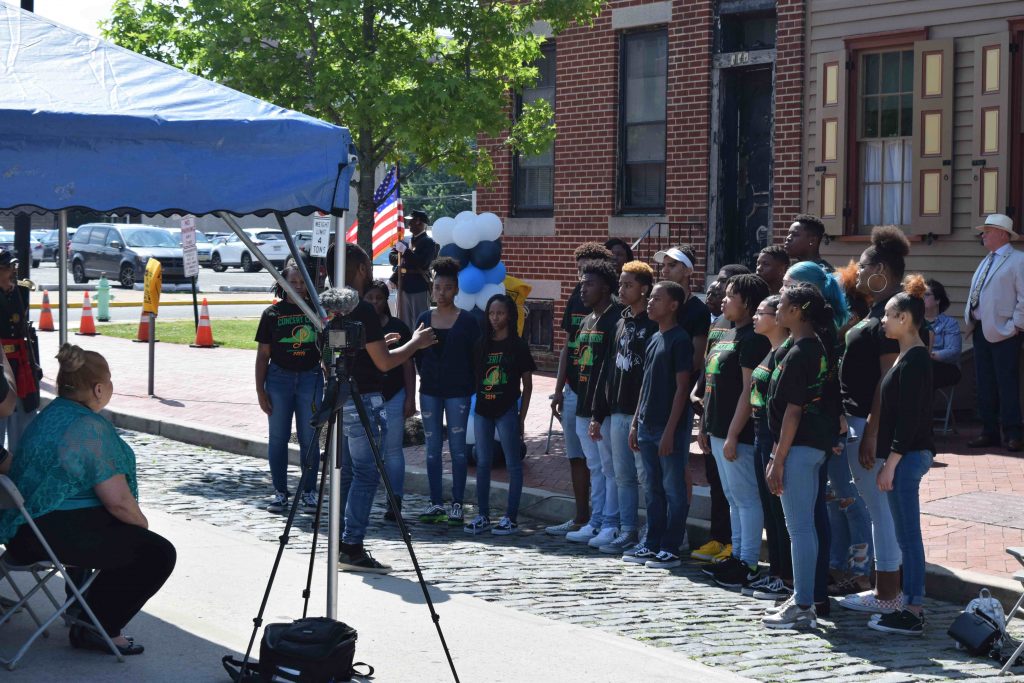 On the morning of Walt Whitman’s 200th birthday, friends, school children, police, firefighters, public officials, and Whitman enthusiasts from far and wide gathered for a very special ceremony right out front of the poet’s Camden home. It was a sunny morning, filled with speeches, musical performances, poetry readings, and proclamations, all to celebrate and commemorate Whitman’s life and the legacy of the “Good Gray Poet” in Camden. The celebration began with a stellar performance by the Camden Creative Arts Choir, who performed the Star Spangled Banner and a medley of 19th century songs. 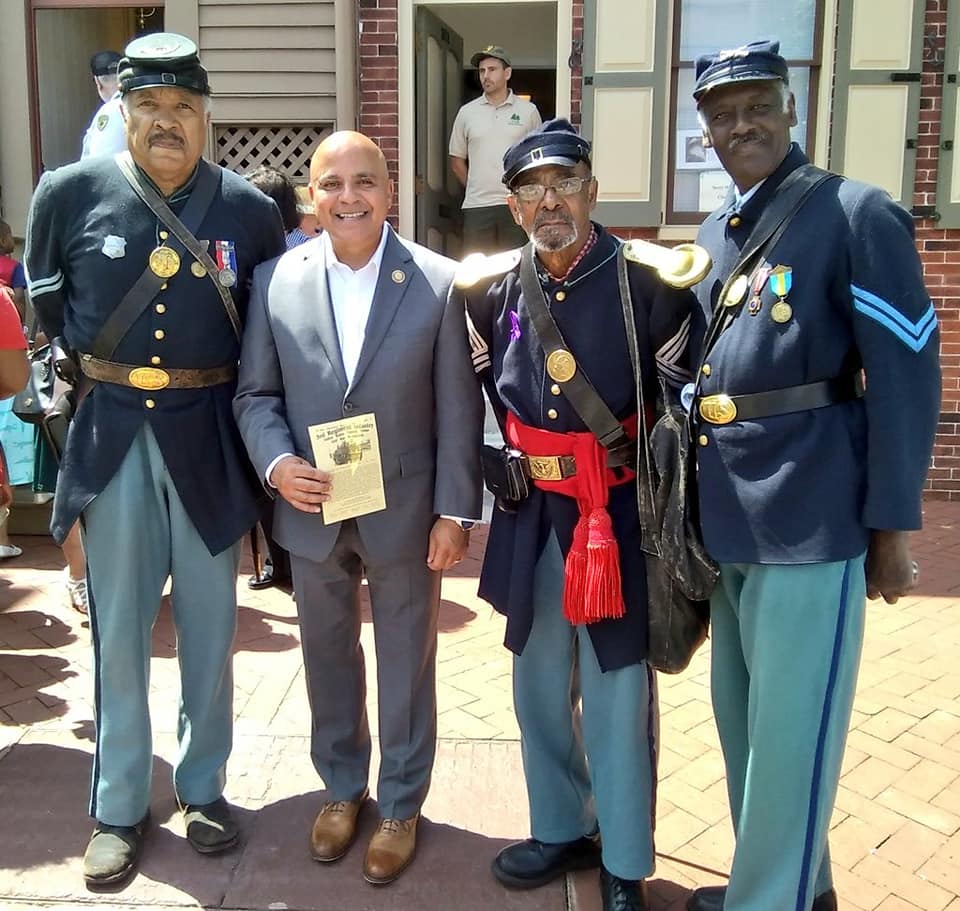 Walt Whitman Association President David Stedman served as the emcee of the event, opening with a few words about tradition and the history of the Association, which traces it’s roots back to the friends of the poet while he lived in Camden. Olivia Glenn, the Director of the NJ DEP Division of Parks and Forestry followed Stedman with an intriguing talk about the importance of historical preservation, and the legacy that the Walt Whitman Historic Site has represented for both Camden County and the State of New Jersey. She noted that Whitman laid the ground work for the preservation of his life and legacy while living at 330 Mickle street, and that the site is a testament to the importance of historic preservation.

Dr. Carol Singley, a professor of English at Rutgers University Camden, then spoke about Whitman’s life before arriving in Camden, and the global impact that his work had after his death: “Whitman’s legacy spans to all corners of the world, and translations of his work during the 20th century and beyond influenced a number of international writers and poets” Singley noted.  She also spoke about Democratic Vistas: Whitman, Body & Soul, the current art exhibition up at the Rutgers-Camden Stedman Gallery. The exhibition, which will be presented through the fall, showcases contemporary art work inspired by Whitman’s life and work, hung alongside historic items from the collection at the Walt Whitman House.

Dr. Singley was followed by Walt Whitman House Curator Leo Blake, who spoke about the history of Whitman’s birthday celebrations, a tradition, Blake noted, began while he was still living on Mickle Street. After Blake was Robert Schiavinato, the President of the Southern New Jersey Central Labor Council AFL-CIO.  Schiavinato discussed the everlasting theme and subjects of “Democracy and the Worker”, which are prevalent in many of Whitman’s poems. 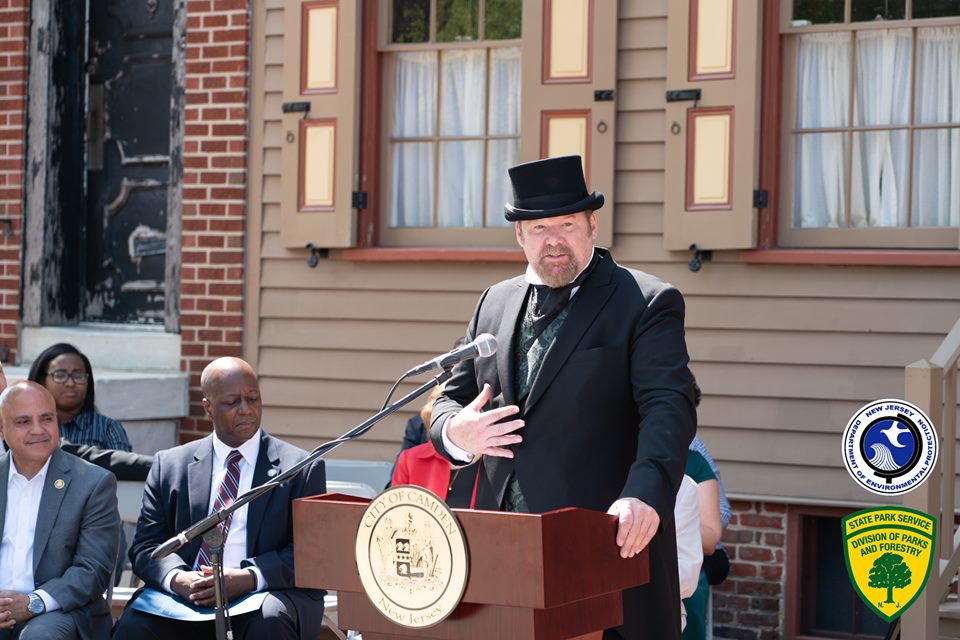 There were also two special performances during the ceremony. The first was a presentation titled “African-American Soldiers in the Civil War” by the 3rd Regiment United States Colored Troops. The members of the Troops which included Sgt. Major Joseph H. Lee and Private Joseph W. Becton. Camden’s own Rocky Wilson, poet, artist and Whitman portrayer, also performed an animated recitation of an excerpt from Song of Myself, which included props and audience participation. 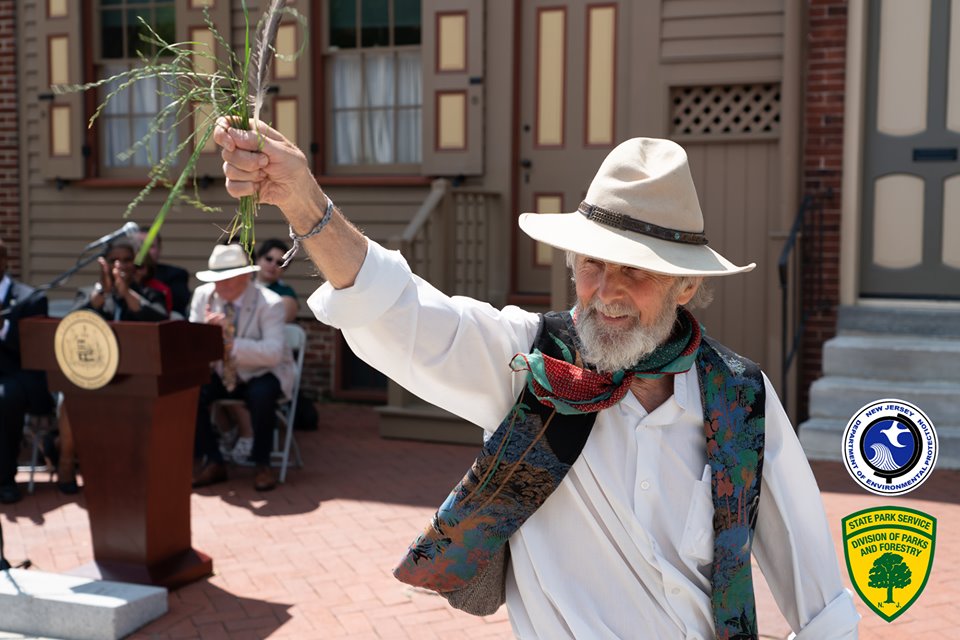 Rocky Wilson with his “Leaves of Grass”

The proclamation culminated in short tours of the historic site, which was open to presenters and audience members. Visitors were taken through the house, where they were given a brief introduction to everyday life on Mickle Street and then toured through the historic garden, which was in full bloom, and where the 3rd Regiment United States Colored Troops had a table set up so that visitors could talk to them about their group and the history of the Civil War.